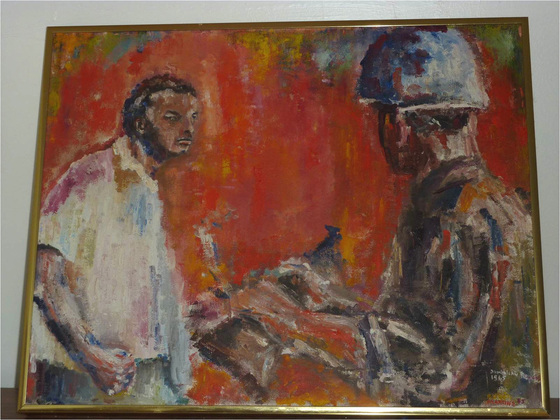 In 1961 long-time Dominican dictator Rafael Trujillo was assassinated. Soon after, candidate Juan Bosch, a founder of the anti-Trujilloist Dominican Revolutionary Party was elected president and inaugurated in February 1963. The new government drafted a constitution guaranteeing civil and individual rights and endorsing civilian control of the military. These and other measures such as land reform were opposed by conservative landholders and military officers. The Catholic Church hierarchy also resented the secular nature of the new constitution, particularly its provision for legalized divorce. This opposition culminated in a military coup on September 25, 1963. A few years later, in 1965 the Dominican Revolutionary Party and 14th of June Revolutionary Party tried to restore Juan Bosch to power. A large number of armed civilians took to the streets in support of restoring the constitutionally elected president. They swiftly seized the national palace and the government radio and television stations in the capital, Santo Domingo and demanded Bosch's return. By late April of that year, armed civilians outnumbered the original rebel military regulars who had deposed Bosch. U.S. President Lyndon B. Johnson convinced of the defeat of the right wing forces ordered the U.S.military to intervene to prevent the civilians’ victory. The painting shows an actual instance of popular resistance to the US military invasion.